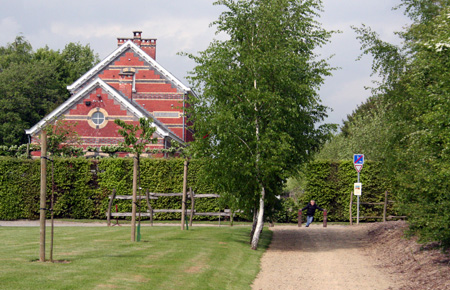 The ancient railway no 147 is now part of the so-called RAVel- a project of transforming the former railways into walking and cycling paths. Directly in front of the holiday flat is your starting point to Ramillies, from where you continue to Hoegaarden or Namen. Also the railway no. 127 (Landen –Satte) invites you to panoramic bike tours. A few hundred meters away from the holiday flat you will come across the signposted biking paths network of the Hageland- rectangular signboards with a numbered code point the way without having to mess about with confusing maps and complicated directions. The Hageland network is directly connected to the bicycle network of the province Limburg and joins the signposted bicycle tour of Landen (42km).